Palermo, the regional capital of Sicily, is one of those most-experience cities of Sicily, partly due to its capital status, but also for its famous very distinct atmosphere and culture. It is a buzzing Mediterranean centre whose 1 million inhabitants are a fascinating cocktail of apparently conflicting characteristics.

The often faded grandeur of many of Palermo’s wonderful palaces and churches in the centre gives way to popular areas whose way of life doesn’t fully belong to the 21st Century. This is particularly true of the markets, whose Arabic origins are still evident today thanks to their noise, smells, colours, narrow labyrinthine streets, the splendid array of food and other goods on display. We were a bit surpriced by all the the extent of the general ‘souk’ atmosphere in historic centre, but found that it contributed to the specific Palermo feel and soul.

The opera, which is the 3rd largest in the world (first picture below), was very impressive and the first sight we meat as we approached the historic part of Palermo. We didn’t get to experience a play or concert this time around with the kiddos on tow, but I am sure it would have been a unique and amazing experience…maybe next time.

The historic centre of Palermo is very foreseeable and easy to get around on foot or by one of the many sightseeing busses available on every corner of every sight.

At lunch time we ended up (after asking a local for the best food place near by) at the Ballaró Street Market. The market is an authentic Sicilian food market (ranks as one of the one the world’s top destinations for street food) with lots of traditional and exotic snacks, stalls with fresh veggies, fish and much more. Snacking on the street is a proud, centuries-old tradition in Palermo, born of both practicality and poverty. Since we love street food this was the perfect spot to be. Although hot and noisy it was also honest, soulful and last, but not least, great food.

We spend a full day in Palermo, and could easily have spend a couple more, but were also happy to leave the urban jungle and return to our calm oasis in Scopello.

A sua volta Palermo – We hope to return one day again. 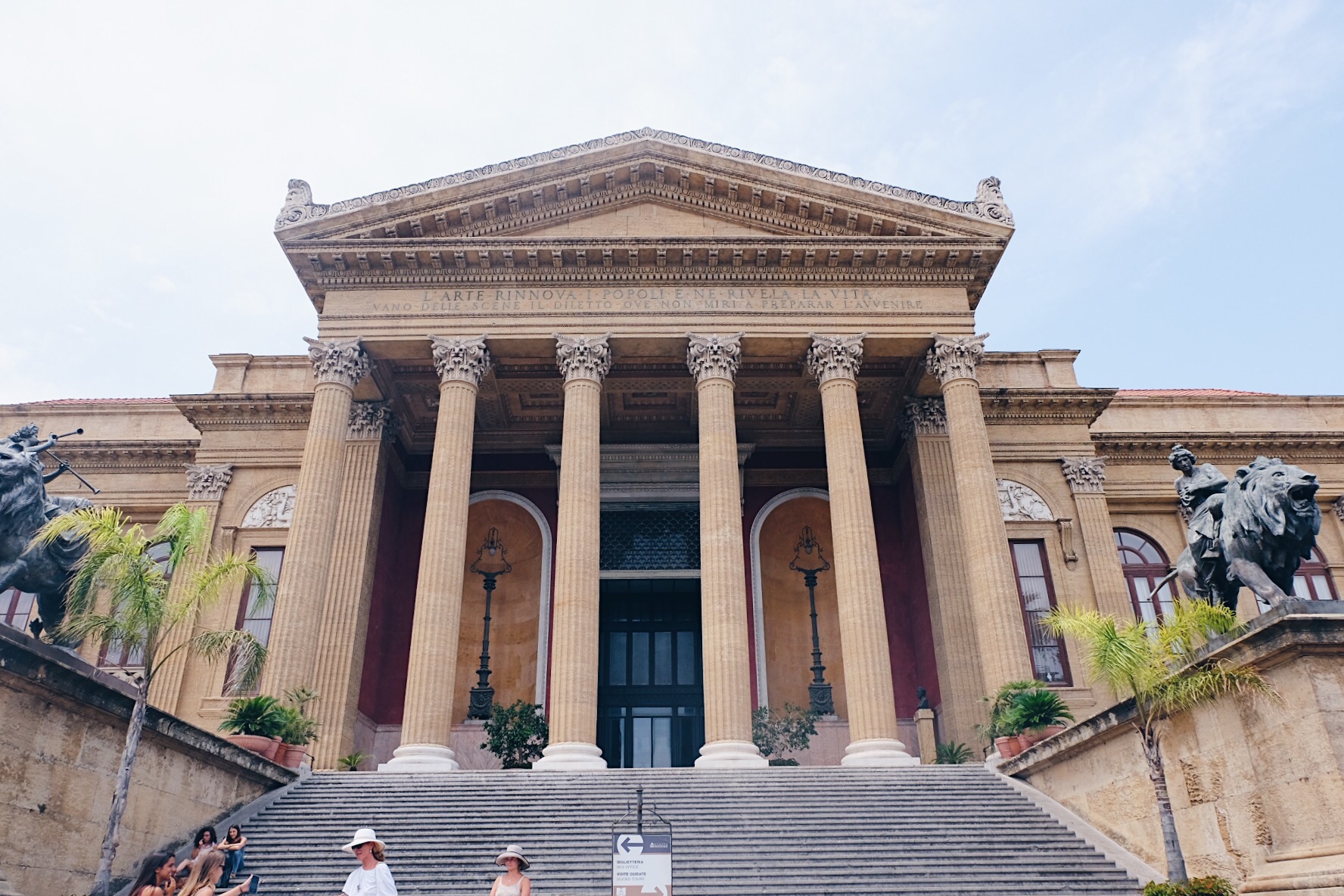 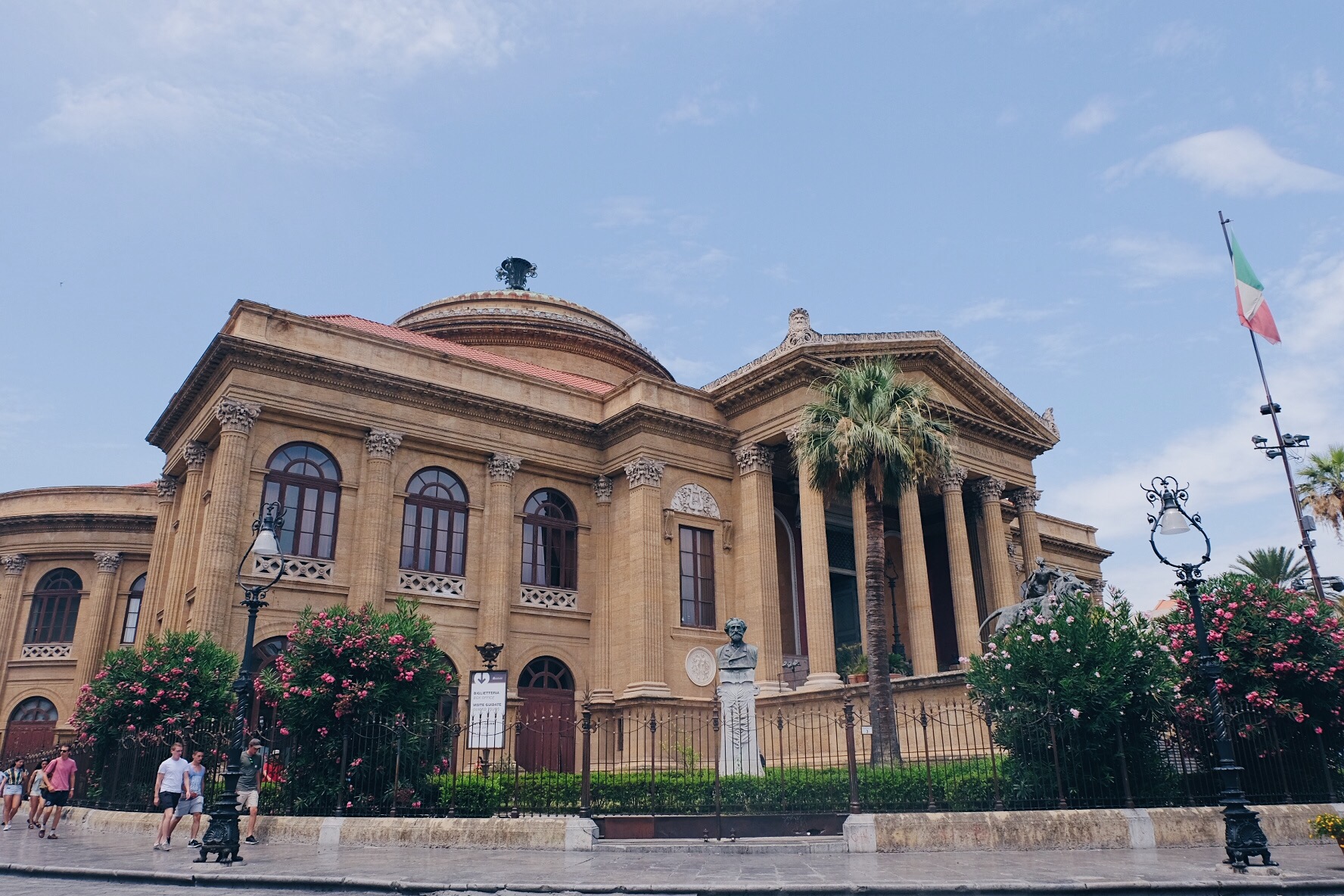 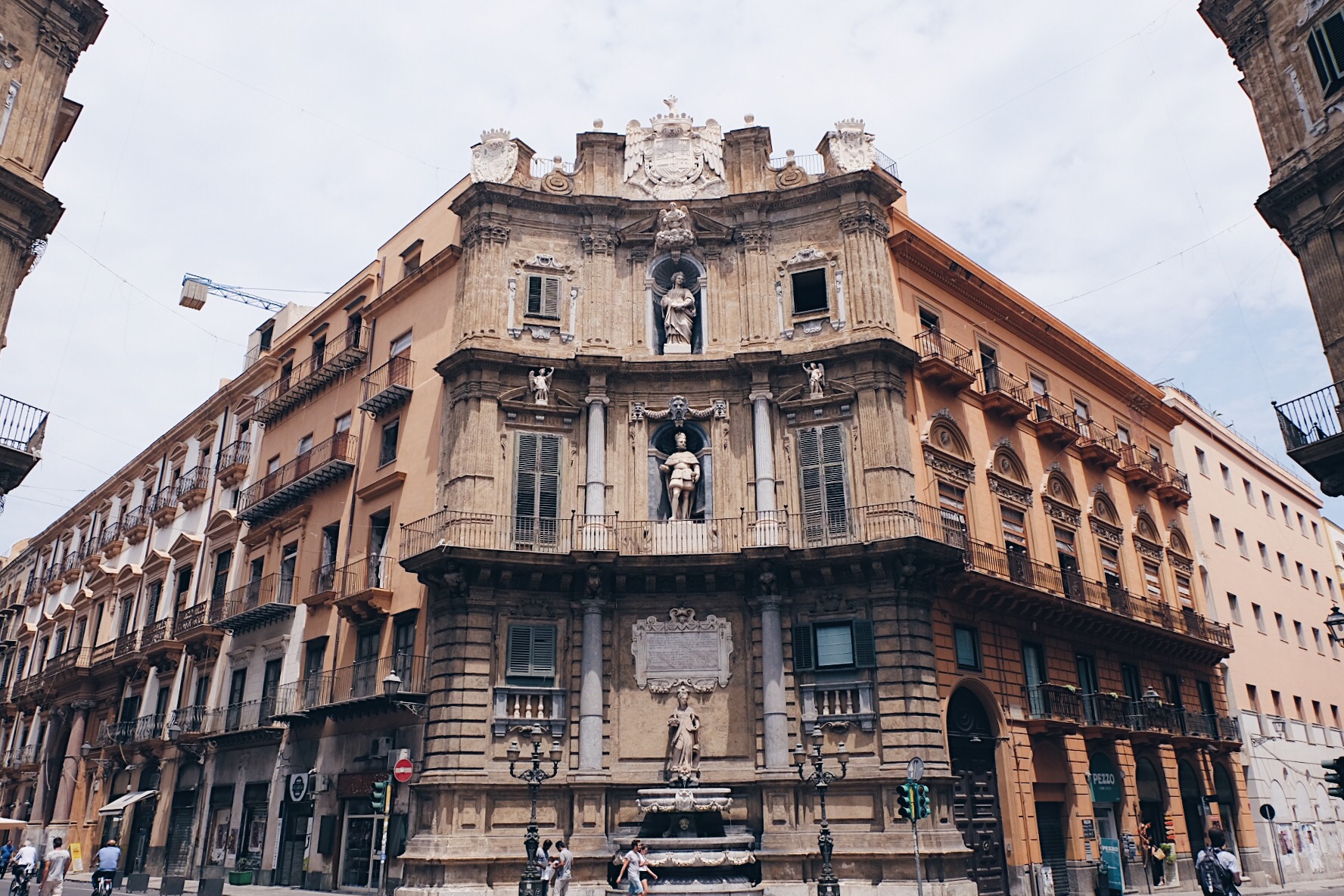 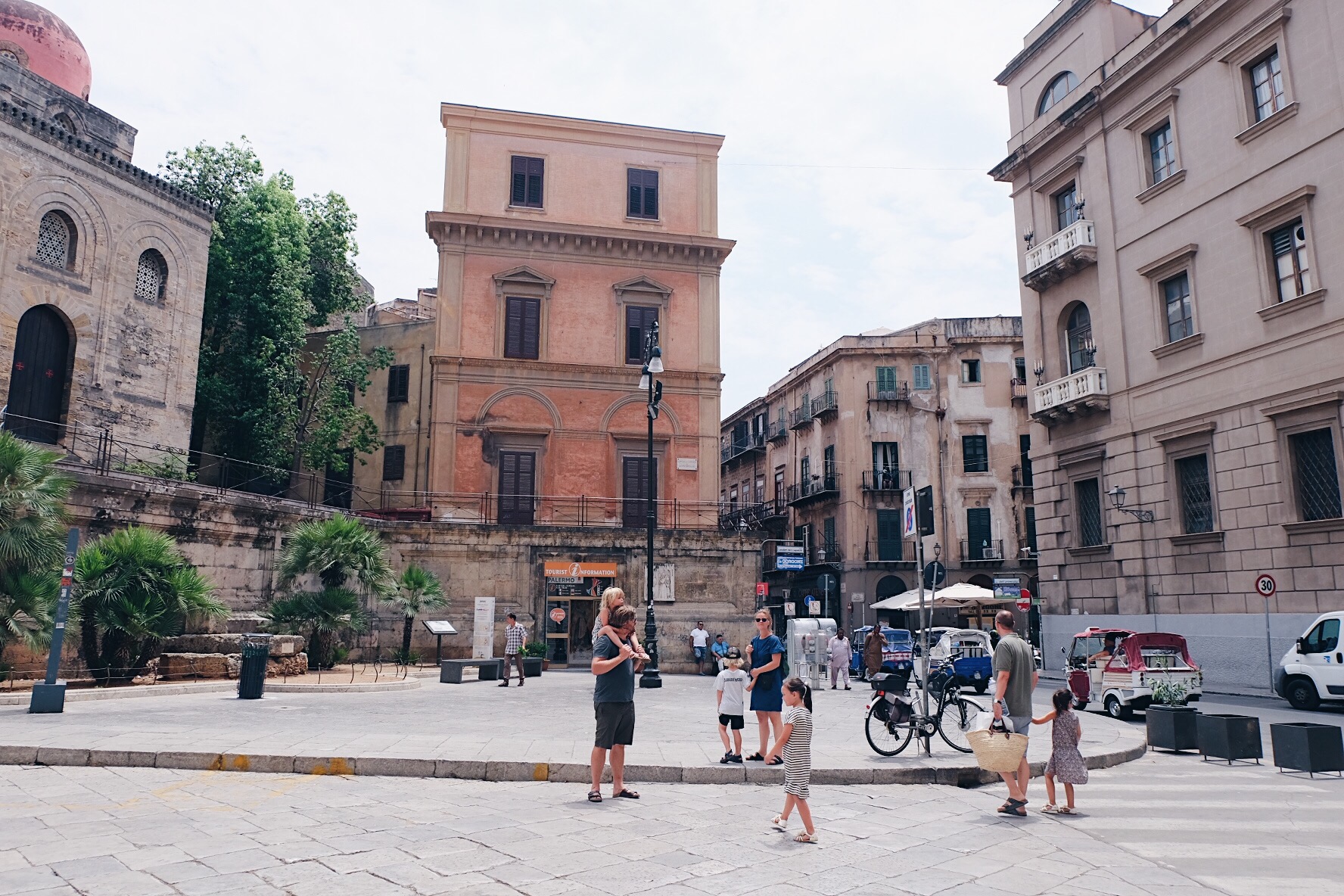 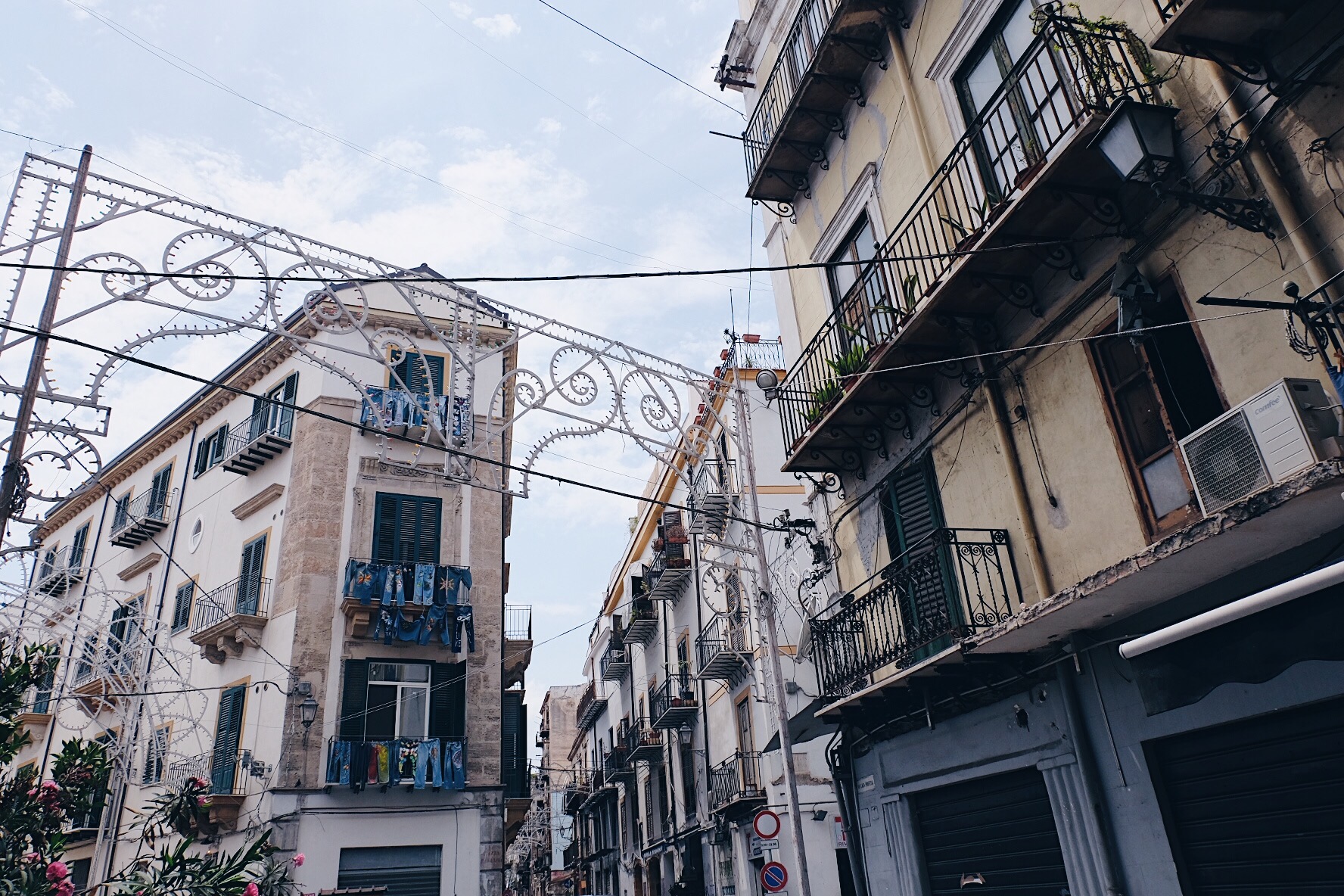 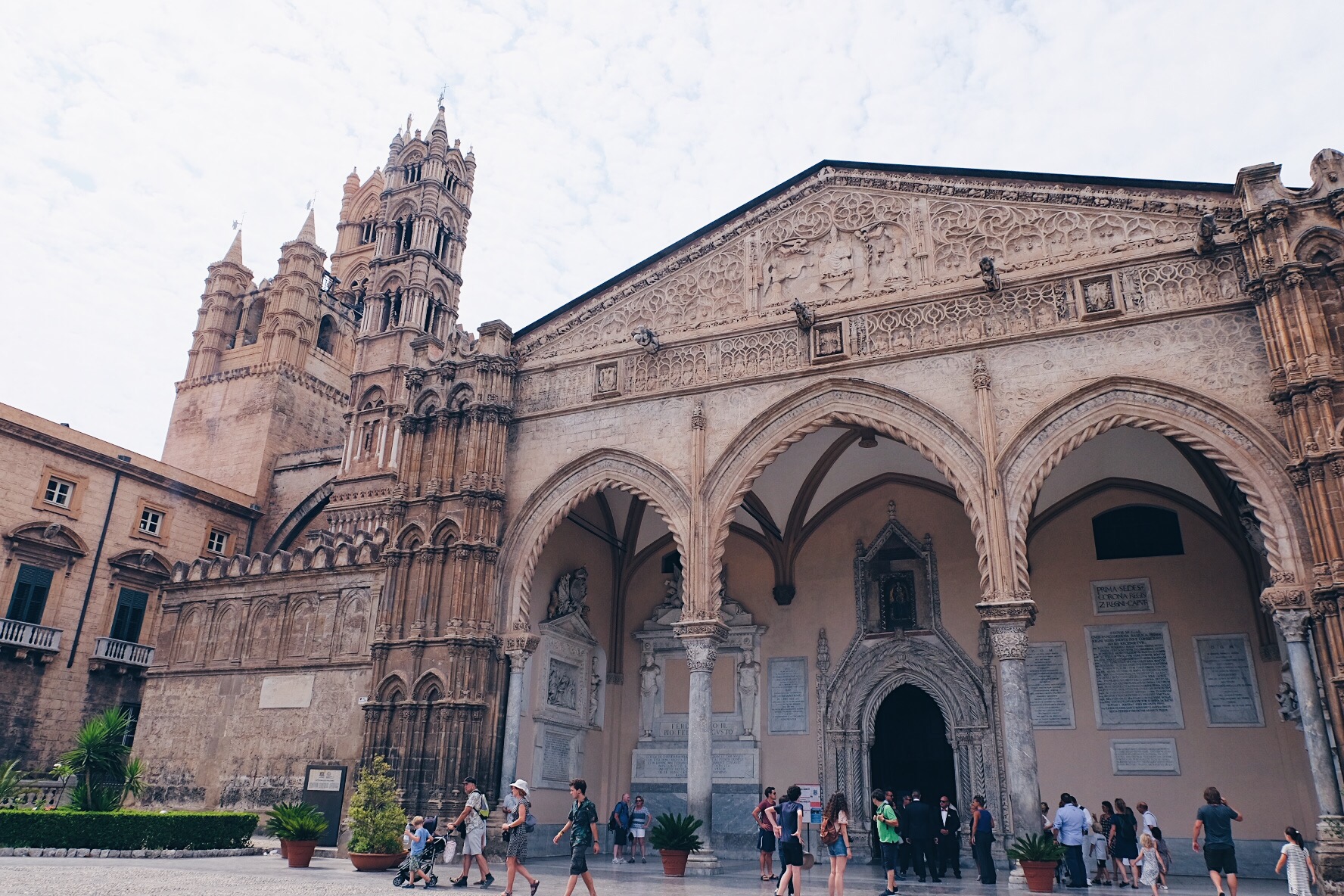