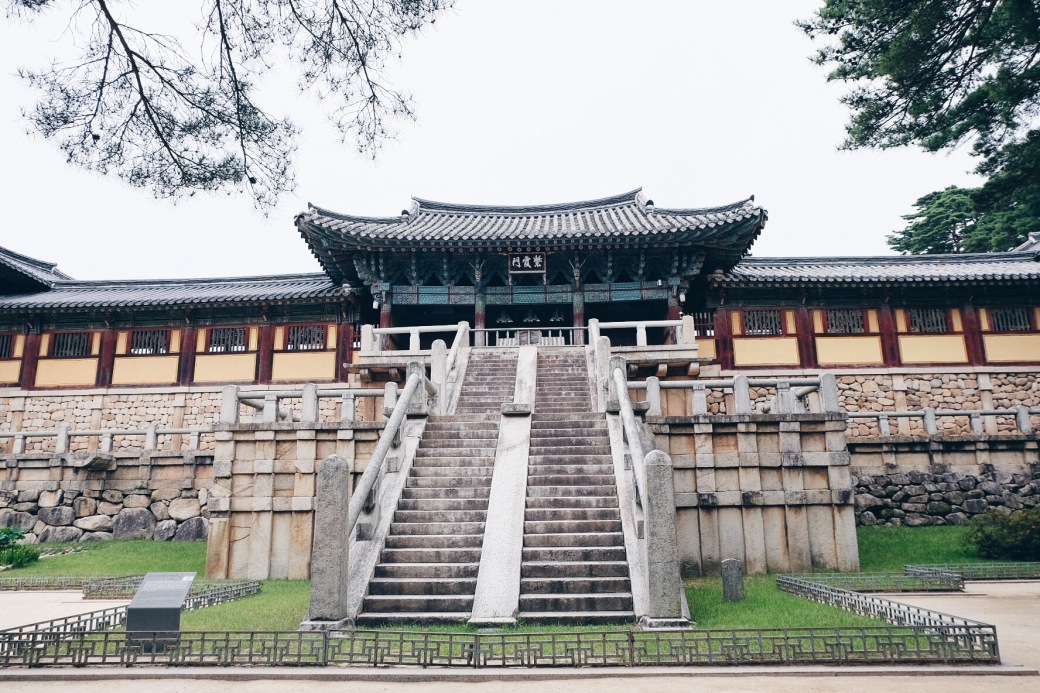 The Temple was completed in 774 by the Silla royal court (one of the then three Kingdoms) and given the name Bulguksa (“Temple of the Buddha Land”).

Bulguksa was burned to the ground during the 1592 Japanese invasion. It was partially reconstructed during the Japanese occupation of Korea (1910-1945) and fully restored under President Park Chung-hee (1961-1979). Even now and then it is renovated from time to time. The Indian Pagoda had just undergone a renovation that had taken 5 years, so we were very lucky to be able to see this pagoda today. The other stone pagoda is the Korean Pagoda. Both pagodas are national treasures. They were both designed by the legendary master craftsman Asadal in the 8th century.

In the courtyard next to the pagodas is a golden wild boar. The legend says that if you want to be a millionaire you should rub the boar’s belly…so now we are just waiting for the millions to “drop by” 😉 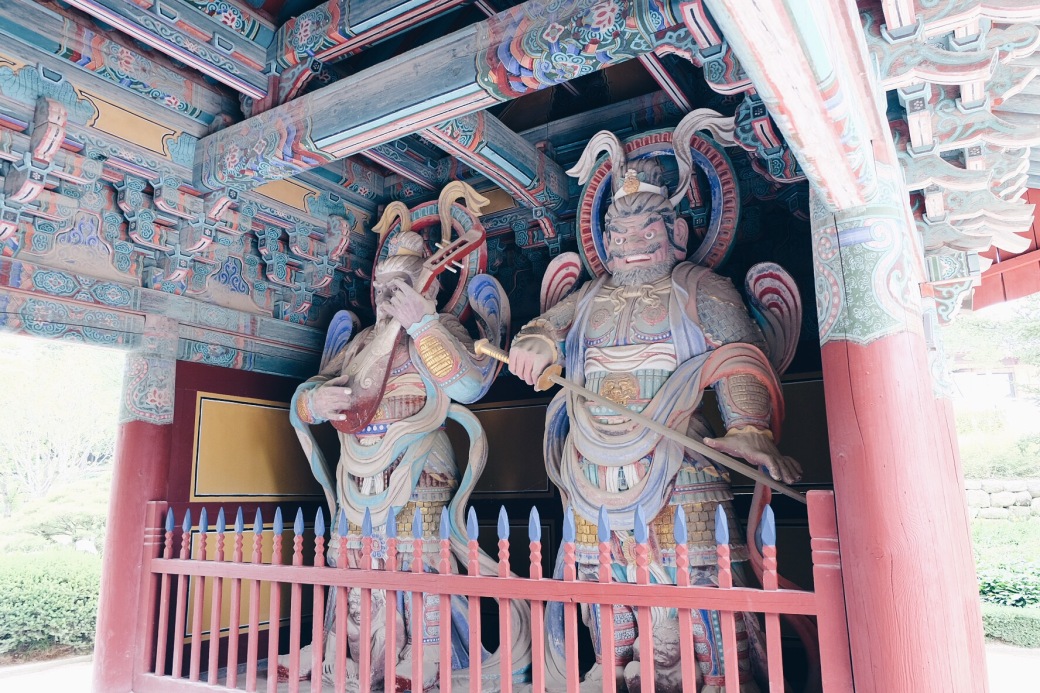 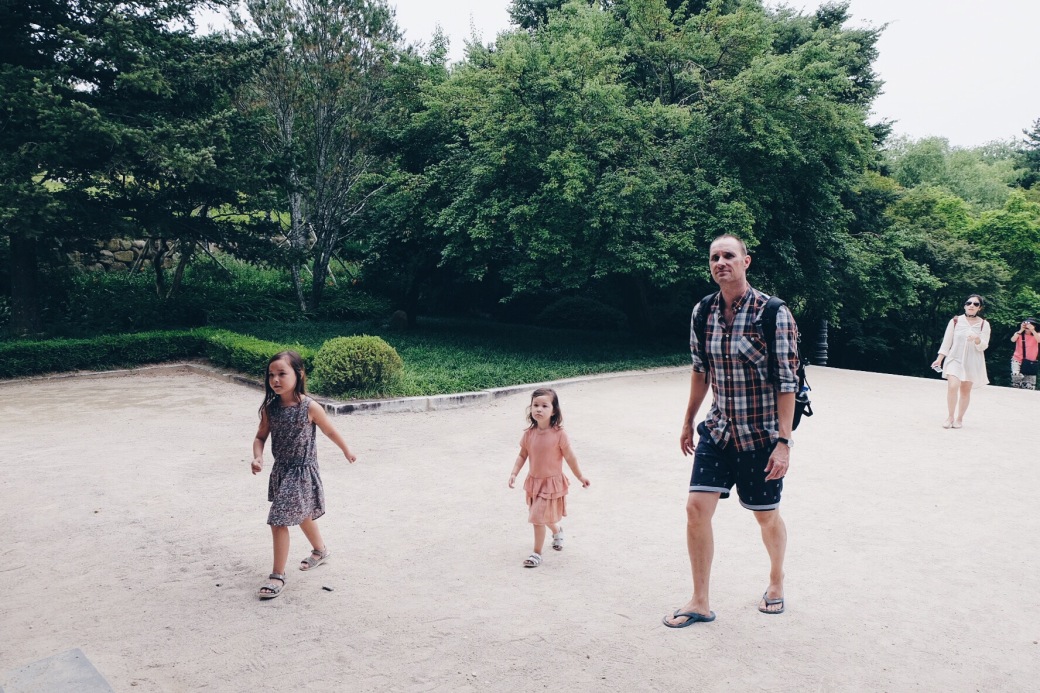 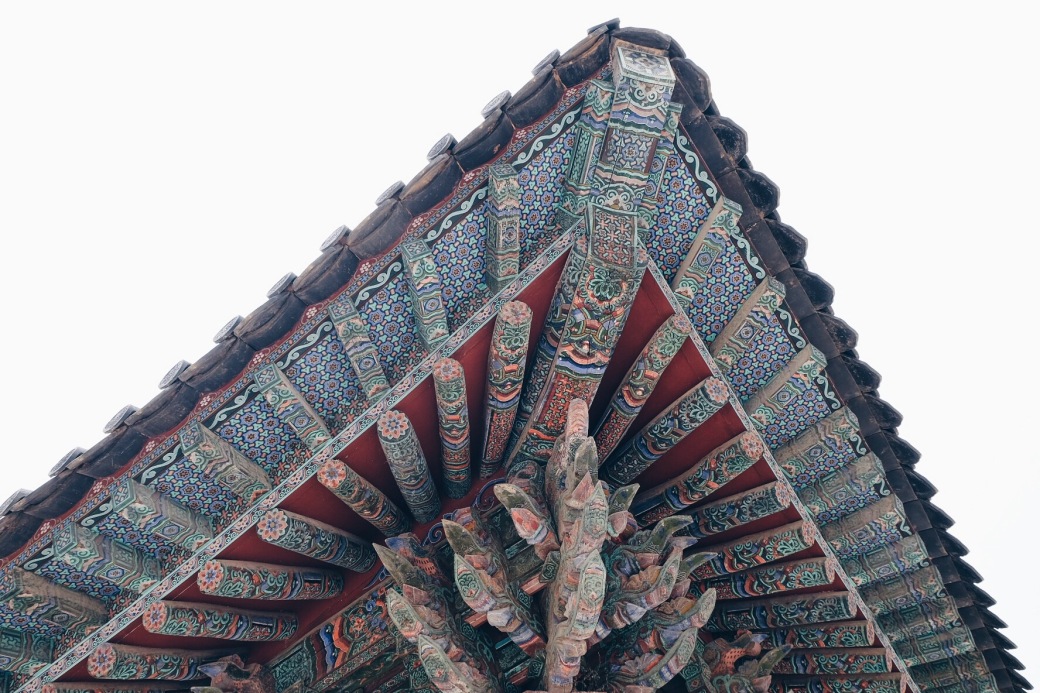 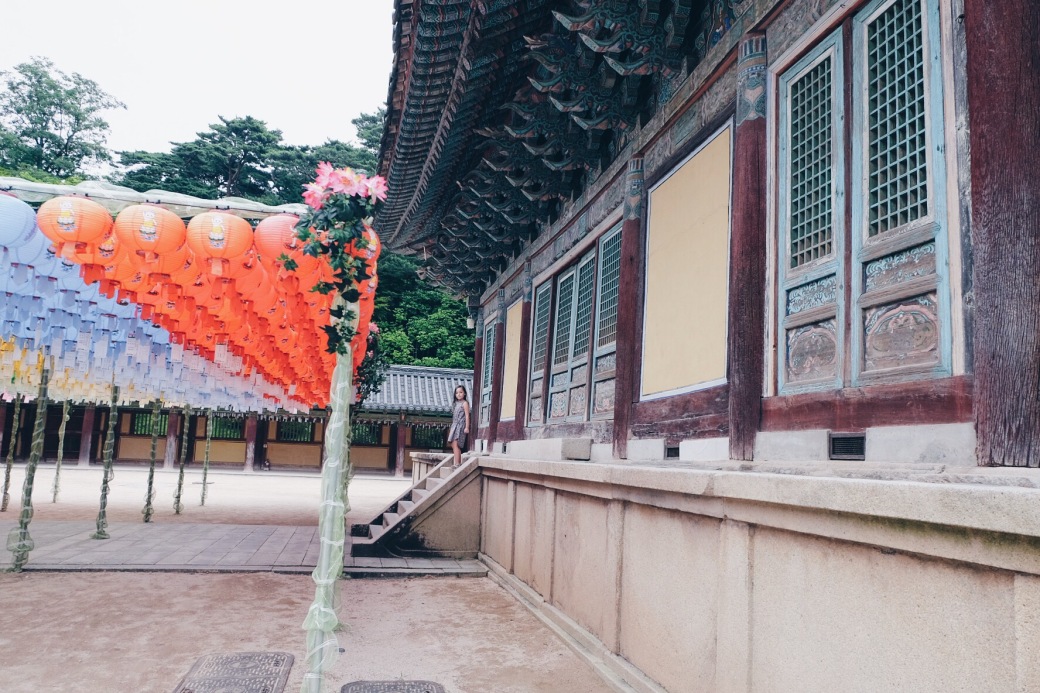 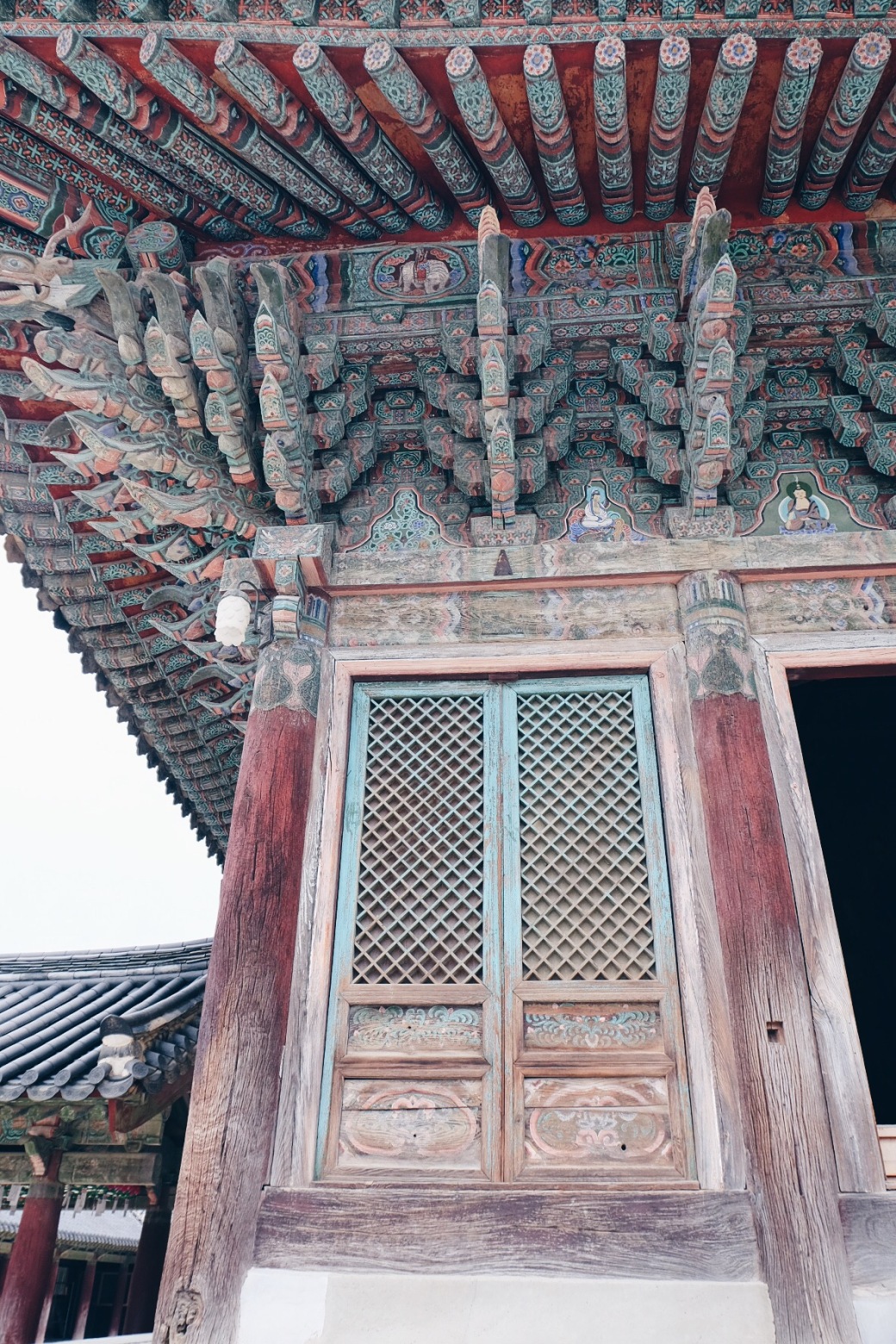 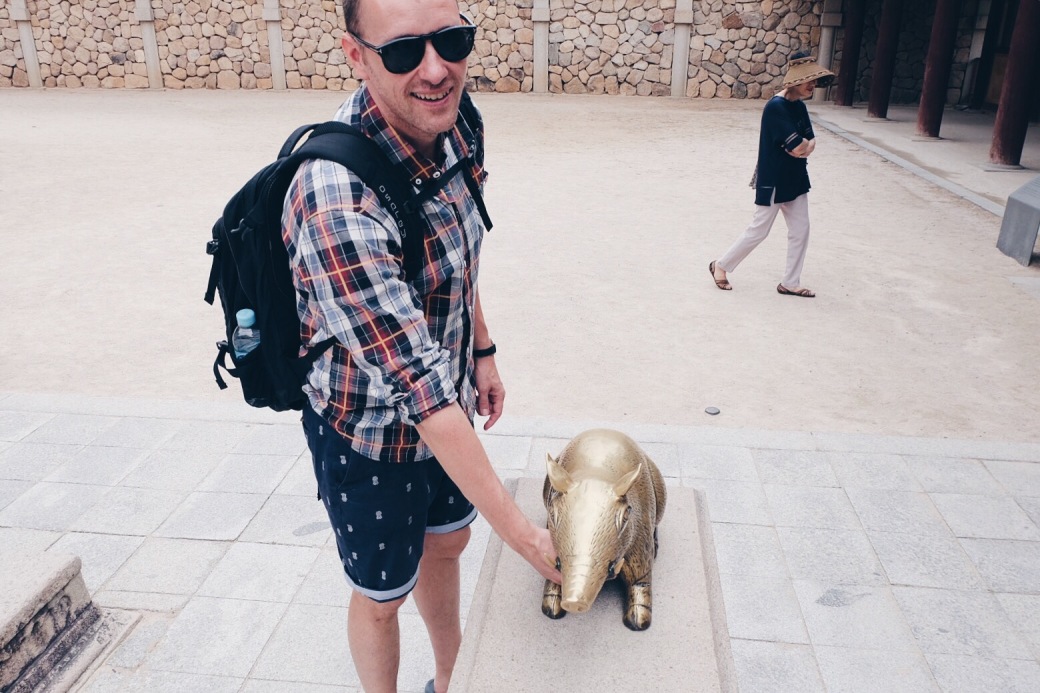